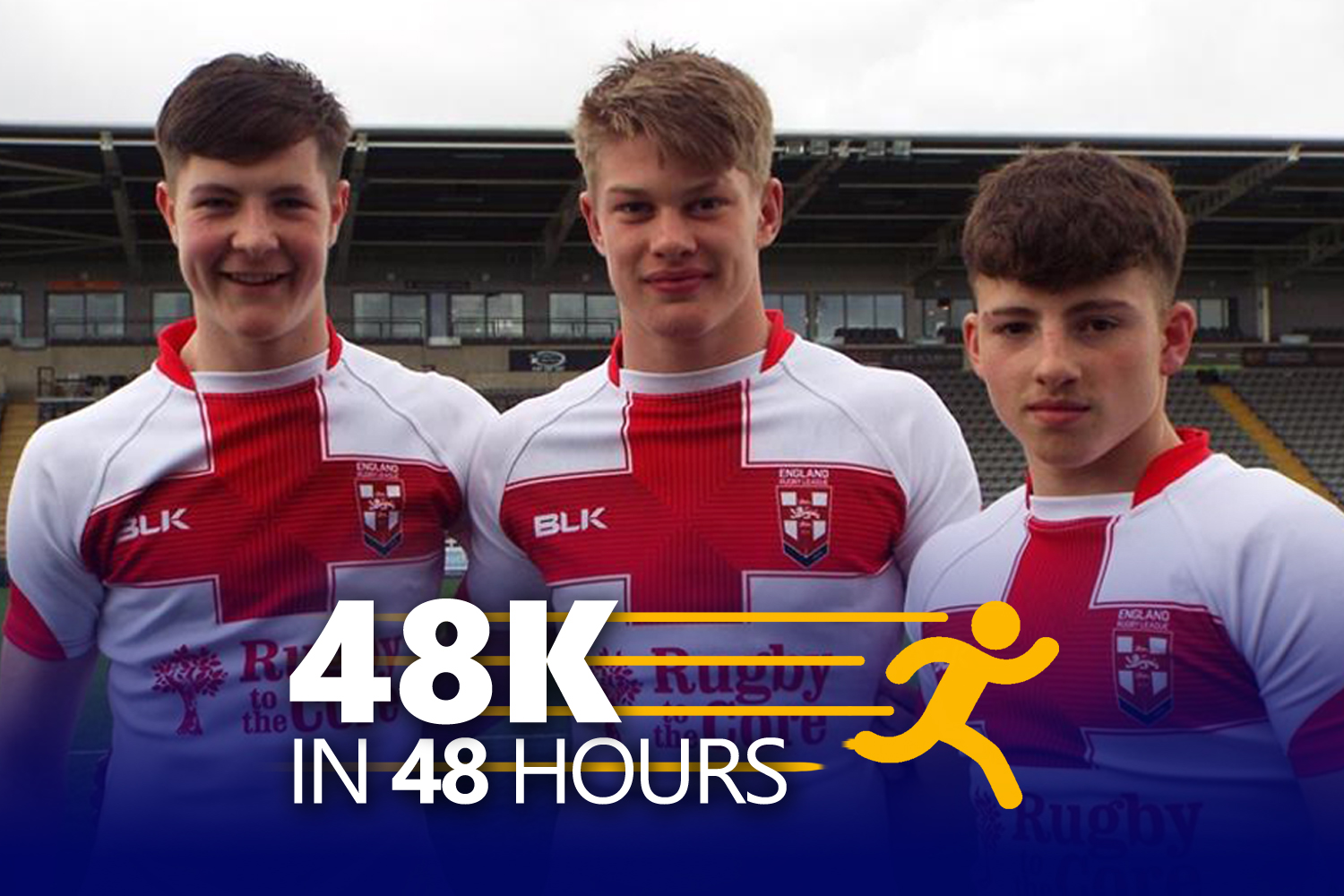 Three young Super League players are to take on the challenge of running 48 kilometres in the space of just 48 hours to raise money for The Nick Smith Foundation.

19-year olds Amir Bourouh and Morgan Smithies, who both play for Wigan Warriors, and 18-year old Riley Dean, who plays for Warrington Wolves, are friends and teammates who grew up playing with Siddal ARLFC in Halifax.

With the Super League season suspended, they decided to take on the challenge in memory of one of the amateur club’s leading all-time players, Nick ‘Smudger’ Smith, who died in December 2017 from Motor Neurone Disease at the age of just 38.

Amir, Morgan and Riley – who have all played for England Youth – each aim to run 24 kilometres on both Monday 15 and Tuesday 16 June and will split the distance into three or four runs on both days.

Speaking on behalf of the trio, Amir Bourouh said:

“We’re all proud to have grown up playing for Siddal ARLFC and everyone who pulls on the blue and white shirt is always part of the club’s family. Nick was a Siddal legend and even though we never played alongside him, we know the impact he had and the passion he had for rugby league.

“His death touched everyone and we are determined to help ensure the legacy The Nick Smith Foundation is building in his name can continue. We hope as many people as possible will donate whatever they can to support us and help the charity’s aims.”

The Nick Smith Foundation has raised over £100,000 in the two years since it was launched and supports research into Motor Neurone Disease, ensures there is more help for those diagnosed with the condition, supports children having to face the death of a parent at a young age and encourages children to take up rugby league – the sport Nick loved.

“Siddal ARLFC has been a huge source of support for all of us in Nick’s family over the past few years and their fundraising efforts to help the charity have been nothing short of incredible.

“We are so grateful to Amir, Morgan and Riley for choosing to support us with their 48 kilometres in 48 hours challenge. Their efforts will make a real difference to the work we are able to do in Nick’s memory and help ensure his legacy lives on.”

You can support the challenge at www.nicksmithfoundation.org.uk/48