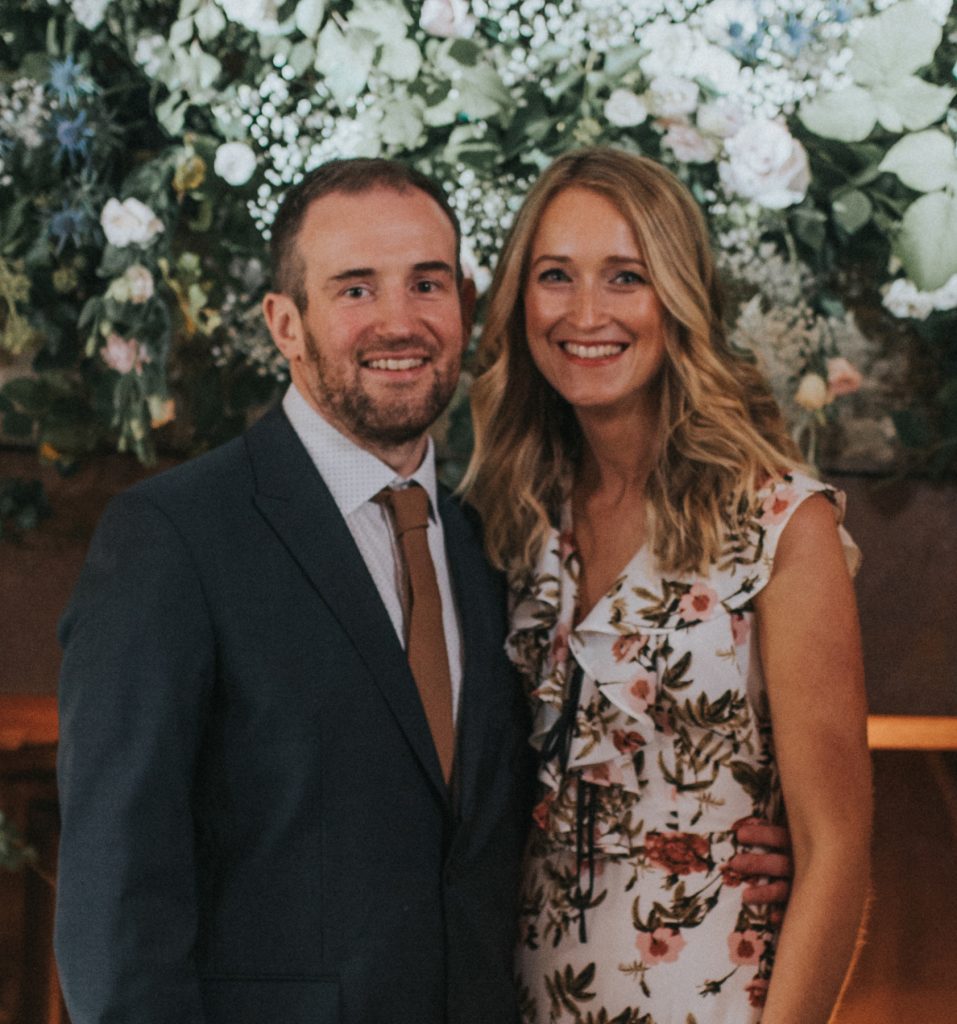 On Friday, we formally launched our charity in Nick’s memory during a particularly poignant week for me.

21 years ago last week, Nick and I met. And life changed forever. Even now when I think of that night I get butterflies.

But then, six months ago, life once again changed forever – but in a very different way, and it was a forever that I never wanted to face. Nick died, aged just 38, in December last year just 101 days after being diagnosed with Motor Neurone Disease.

The future Nick and I envisaged for us, dreamed about for our children Hadyn and Georgia, was shattered by those three little letters – MND.

This time last year, we didn’t know anything about MND, let alone think it would ever impact our family. But it has, and the impact has been devastating.

I have lost my best friend, my soulmate. Hadyn and Georgia have lost their amazing daddy.

Nick was extraordinary, he was a leader, a captain, a gentle man on and off the rugby pitch.

That is why I am proud to be launching his charity, in his name – The Nick Smith Foundation. A way of Nick still being a leader, still being extraordinary and still helping others out.

Through the charity we want to remember Nick’s life and keep his spirit alive.

We want to do more to raise awareness of this cruel disease, to support more research into finding a cure and to support other families who have been given an MND diagnosis.

We want there to be support for families who have to deal with MND in their lives.

And, we want to support children who have been bereaved at a young age.

I look at Hadyn and Georgia and I long so much to be able to turn back the clock, to have one more day with Nick, to capture in his words, his life story, his hopes and dreams for our babies’ futures. From the day Nick got his diagnosis, time for us moved far too quickly and now coping afterwards and supporting our children is my focus.

Through the charity we’d like to look at what support there is for MND families who have young children. We need to look at pre-bereavement – what could be done together with families to capture memories and create memories with those who receive a terminal diagnosis that can then be accessible to support children in their grief.

Please support us if you can.