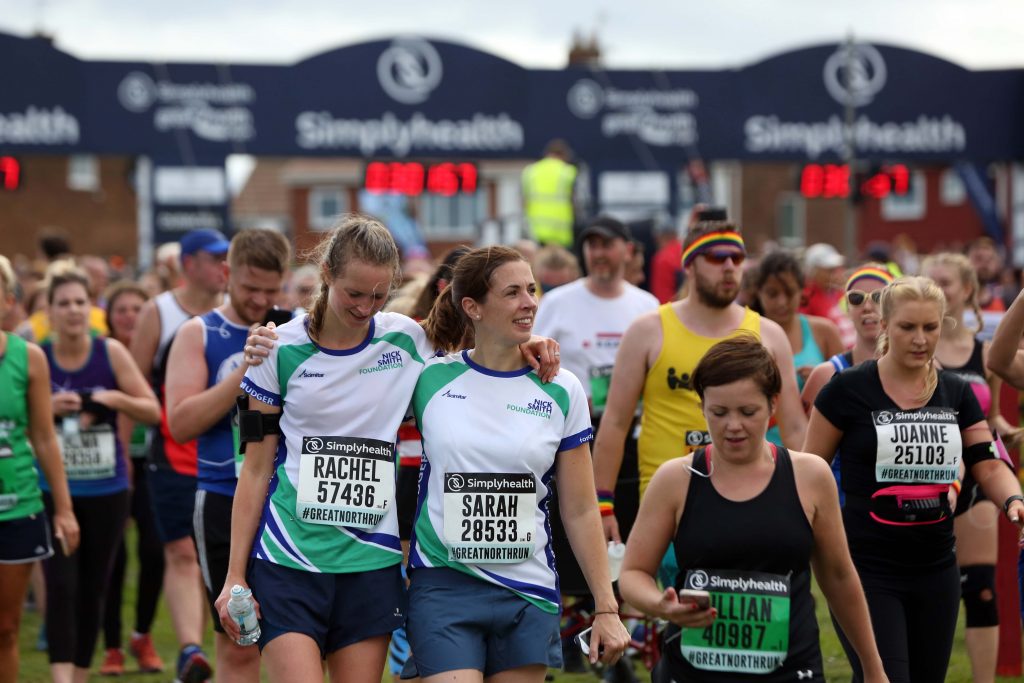 The Great North Run was a challenge – in so many ways. The 9th of September. A day from last year I wanted to forget, another horrendous milestone to face.

The run was tough but what an experience! The atmosphere and crowd were amazing. My friend Bob, who also ran the Great North Run this year, described it to me as ‘northern hospitality at its best’. And he wasn’t wrong there. Where else in the world would you find people on the street, handing out jelly babies, ice pops, free beer and even roast potatoes. Children holding up their hands for high fives and people of all ages cheering your name and clapping you on.

Doing those 13.1 miles, I thought about everyone at home willing me on too. All the people donating to the charity supporting me in the Great North Run and all the lovely and encouraging messages. I thought about the other runners competing that day, reading the messages on their t-shirts of loved ones they had lost who were inspiring them on. Running through their pain and heartache.

I thought about Nick. I thought how I was seeing and experiencing similar things to when he had tread this path during his Great North run two years previously, in doing so I felt him close.

It was hard to not let the emotion of the day, the memories of the last year take over. I think if I had I would have crumbled and not been able to carry on.

There were times when my body was willing me to stop, particularly around the 8 mile mark and then around 11 ½ miles but I thought of Nick, about those 101 days he endured dying with MND. How he never complained, how he got on with it and how he did so with such tremendous courage and strength. I dug deep and kept going, my friend Sarah sticking right beside me every single step of the way.

Thank you to everyone who has sponsored me, to each and every one of you who has reached out, who has messaged me and who has offered words of encouragement and support over this weekend.

We smashed it…for Smudger…for my husband…for Nick. I hope I did him proud.