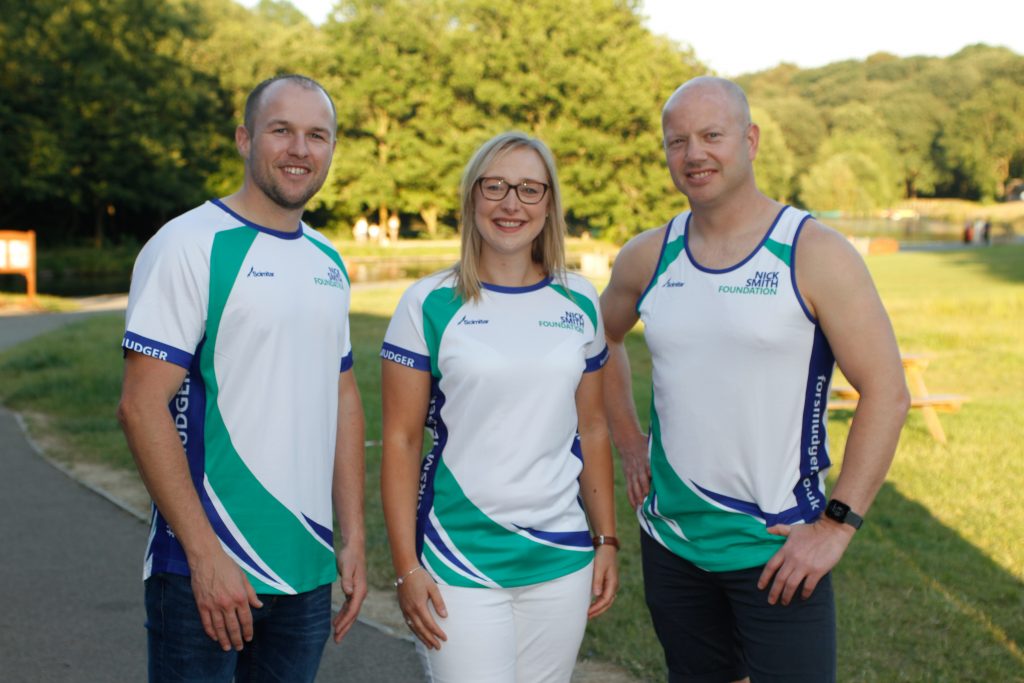 We can announce that The Nick Smith Foundation is pledging to raise £50,000 in its first year for research into the condition.

Raising awareness of MND and improving the support available for those diagnosed and their families are two of the aims of our charity, which was formally launched at Shibden Park on Friday (29 June).

The launch event, attended by Nick’s wife Rachel – who is a Patron of the charity – and the Deputy Mayor and Mayoress of Calderdale, saw the charity’s Trustees outline more about their aims and ambitions and how they were going to achieve them.

Speaking at the launch – for the first time publicly since Nick died – Rachel said:

“I want to take this opportunity to send a very heartfelt thank you to all family, friends and others who have reached out to me and offered their support, words of comfort and love other the past six months, it has meant an awful lot to me, knowing you’re all there.

“I’m proud of this charity and proud it will have a lasting legacy for Nick. It’s a way of him still being a leader, still being extraordinary and still helping others out. Through the charity we want to remember Nick’s life and keep his spirit alive.” 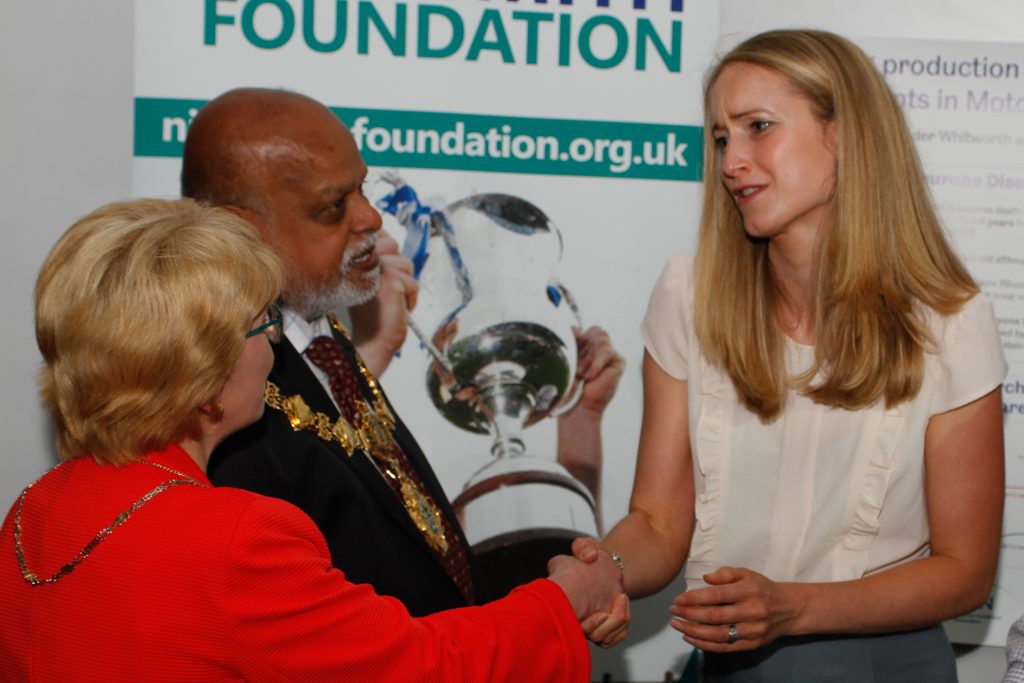 Among the pledges was to raise £50,000 for the Sheffield Institute for Translational Neuroscience who are conducting pioneering work to find out more about MND and how to support those who are diagnosed. Two of the Institution’s researchers spoke at the launch.

The Institute’s founder is Professor Dame Pamela Shaw, who Nick saw shortly before his death:

“What happened to Nick illustrates why our work is so important and why the research teams in SITraN at the University of Sheffield are so determined to ensure that we do all we can to ensure that one day in the near future there is an effective treatment for MND and eventually, a cure.

“A heartfelt thank you to The Nick Smith Foundation for choosing to support SITraN and I can assure everyone who makes a donation to the Foundation that it will be used to make a real difference in the future to people and families faced with MND.”

“We need to know more and do more about Motor Neurone Disease – the cruellest of diseases which we still do not know enough about. The team in Sheffield are doing amazing work to change that and we are setting ourselves an ambitious target to support them in their work.

“We will need everyone’s help to raise the money but we know we can do it and we know how much difference it will make to helping smash the disease that took Nick from us.”

The charity’s other aims are to improve support on offer for children who suffer the death of a parent at a young age and encourage more young people to take up rugby league, a sport which Nick was passionate about having played and captained Siddal.

Nick had previously played for the Leeds Rhinos Academy alongside England and Great Britain international Kevin Sinfield who sent a video message for the launch. He said:

“I think it’s a fabulous charity and I support its aims. The passion of both Nick and myself for rugby has always been clear and to put something back into the sport will be an amazing legacy.”

“Nick epitomised not only being a true gentleman but an exceptional captain and rugby player. I cannot think of a better way to honour his life and commitment to our club than a Foundation in his name.”

Doddie Weir, the Scottish rugby union legend who is living with MND after being diagnosed 18 months ago at the age of 46, also sent a message of support for the charity:

“When I first heard from Nick’s family, it really stopped me in my tracks. This devastating disease is indiscriminate and has such a terrible impact on the whole family – and Nick and Rachel’s story brought home to me just how important it is for us all to do what we can to help find a cure for MND.”

“I wish you all the very best with the Nick Smith Foundation – we are all working towards the same goals and with the combined energies of our supporters, we will continue to strive to make a difference.”

“Sport played a big part in Nick’s life and I have found the sporting community has come together in an amazing way to show its support for what we are trying to do. I have no doubt that the Nick Smith Foundation will make an important contribution to those affected by MND.”