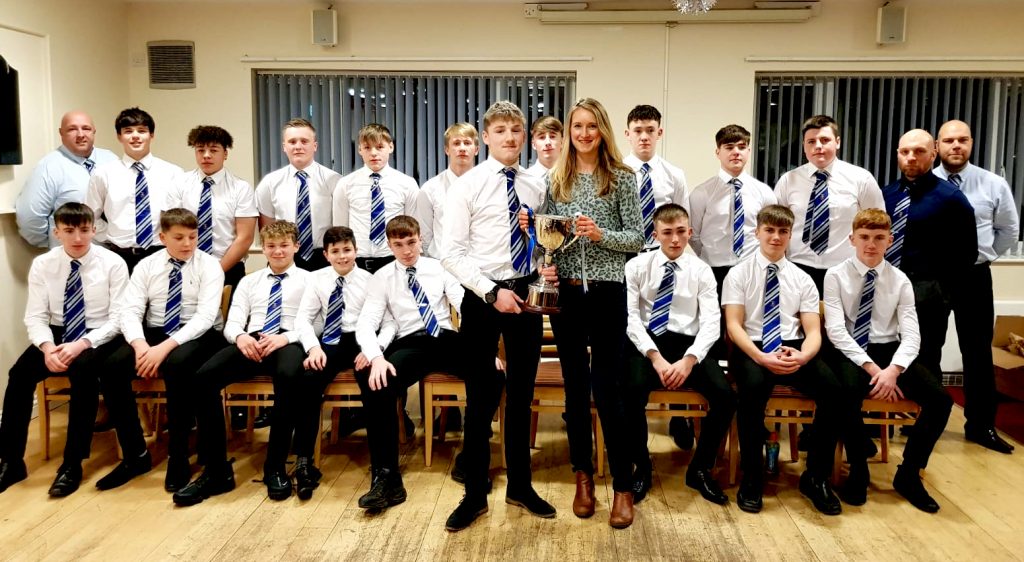 Nick is to be remembered by the sport of rugby league with the winners of the BARLA U14 National Youth & Junior Cup receiving The Nick Smith Trophy.

A legend of amateur rugby league, Nick played with Siddal from the age of eight making 400 appearances for the team. He played professionally when younger with both Leeds Rhinos Academy and Sheffield Eagles before embarking on a career as an accountant.

The Barla U14 National Youth & Junior Cup was won in 2018 by Siddal and the new trophy was presented to the winning team by Nick’s wife Rachel on Saturday (15 December).

“BARLA is delighted to be linking up with the Nick Smith Foundation. One of the three aims of the charity is to get involved with community and amateur rugby league, in the same way that Nick from the age of eight when he joined his beloved Siddal ARLFC – one of the giants of the amateur game.”

Current players and coaches along with former teammates of Nick have been fundraising at Siddal over the past year. The Club have now donated £2,000 to the charity to support its work.

“Nick was a huge part of Siddal and Siddal was a huge part of Nick. That’s why we want to do as much as we can to support the efforts to remember him and we hope this £2,000 donation makes a big difference to the charity’s aims. The money has been raised from a number of events, including an Elvis Night and an evening busking through Sowerby Bridge, and we have many more planned for 2019.”

“Siddal was a huge part of Nick’s life from a young age and he was incredibly proud to be part of the club. We are hugely grateful for the support of everyone there over the past year, both personally and for their support of the charity in Nick’s name.

“We have also been touched by the support of the wider rugby league community. Rugby league is a family – with fierce competition on the pitch but kindness and compassion off it, and since Nick’s diagnosis and death this has been demonstrated time after time. The renaming of the U14 Cup as The Nick Smith Trophy is something we, Nick’s family, are incredibly proud of.

“We are determined to give something back to the sport Nick loved which is why one of our aims is to ensure more young people are able to take up rugby league and play, whether for fun or professionally. We’re looking forward to doing more work on this objective in the year ahead.”