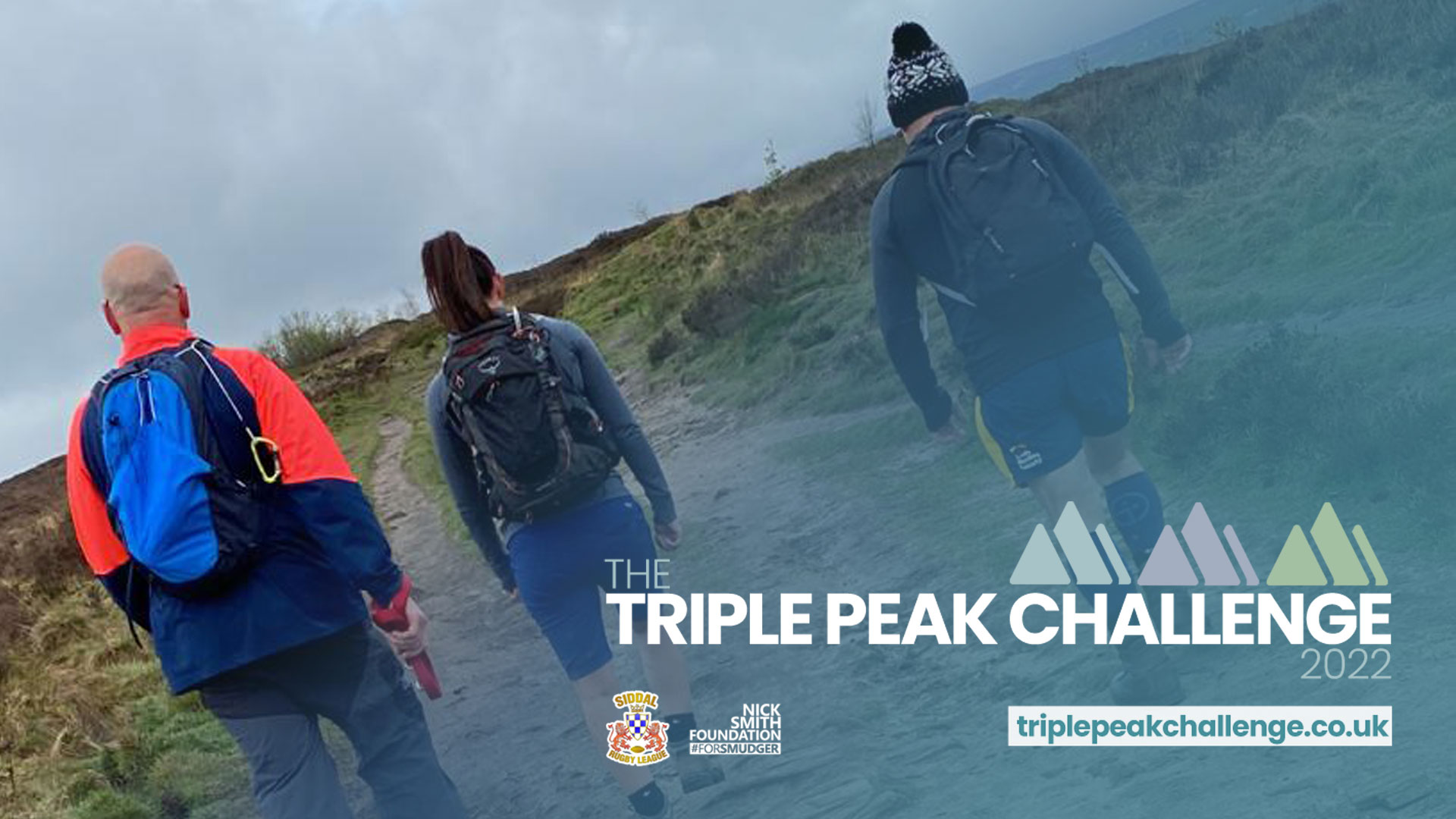 It’s back. And it’s more challenging than ever.

Over the May Bank Holiday Weekend – from Friday 29 April to Sunday 1 May 2022 – our Triple Peak Challenge team are taking on an even tougher challenge than last year when we raised £20,000 for The Nick Smith Foundation by taking on the Yorkshire Three Peaks three times in three days.

This year, we’re completing the same distance in the same time but in a very different way.

On Friday evening, our team will set off to take on Pen-y-ghent, Whernside and Ingleborough through the night.

But then, instead of stopping after completing all three, we will go again. That’s six peaks, back-to-back, in 24 hours. And, to make it even harder, we’ll be carrying a 25kg dummy between us as a team.

After a sleep, we will set off again on Sunday morning to complete the three peaks once more accompanied by junior players from Siddal ARLFC.

It’s an incredible challenge but one designed to demonstrate that for those living with MND, there’s no end, there’s no cure, but there is hope thanks to the money being raised for research into the cruellest of diseases which 2,000 people are diagnosed with every year. A third of those will die within a year. Half within two years.

The Triple Peak Challenge is raising money for The Nick Smith Foundation in memory of our teammate and friend Nick ‘Smudger’ Smith who died from MND in 2017 aged just 38. He lived just 101 days after being diagnosed and left behind two young children.

The charity set up in his name has achieved a huge amount – supporting research into MND, helping children and families devastated by a diagnosis and by backing rugby league, the sport Nick lived and loved.

All the donations you make will go towards those aims and we’re proud to be able to help make them happen thanks to you.

We know the pain we’ll be going through is nothing compared to those living, and dying, with MND – and their families and friends. So please donate, back us and make a difference.