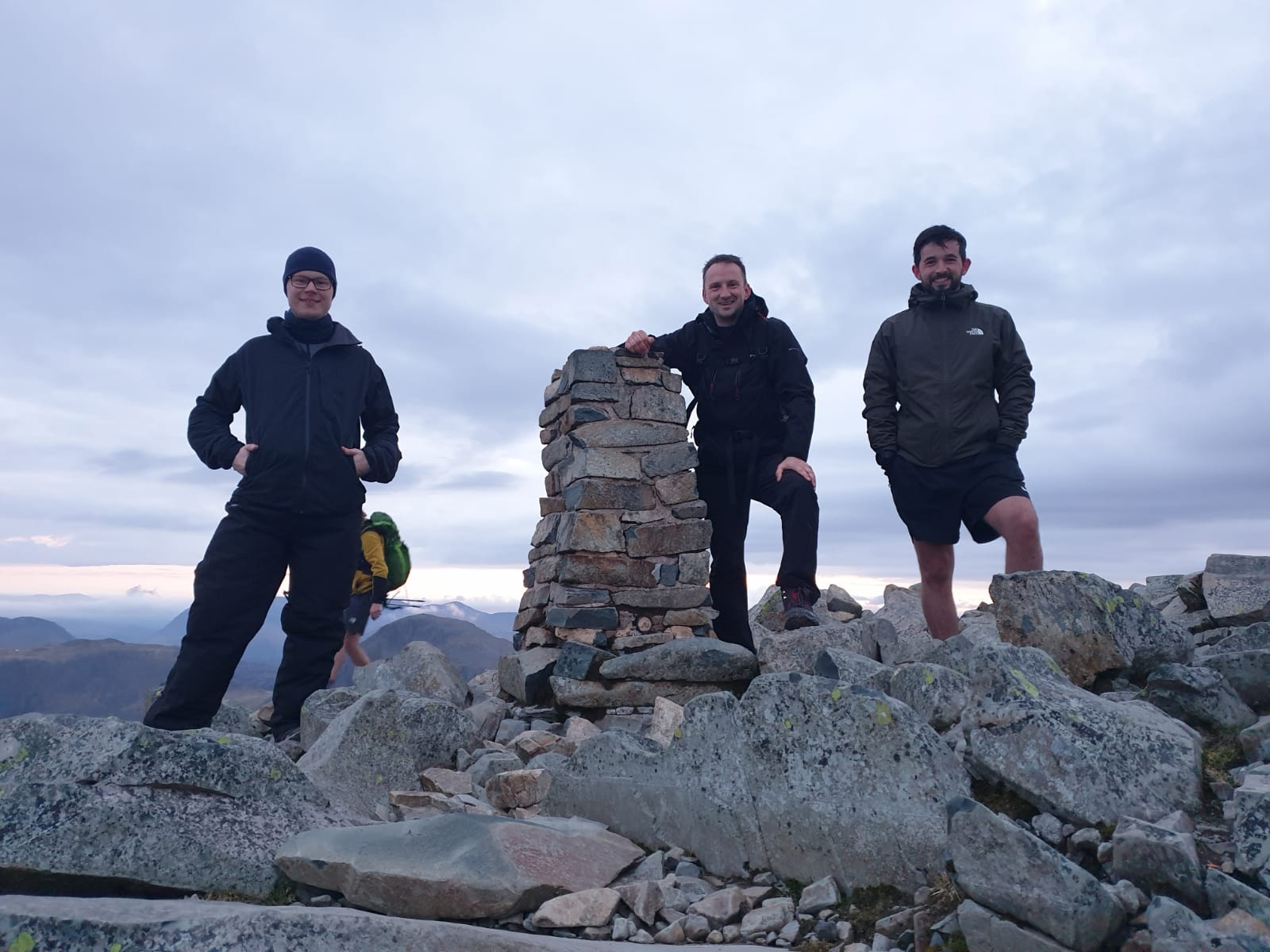 A group of air traffic controllers from Manchester Airport have raised hundreds of pounds for charity by climbing Wales, Scotland and England’s highest peaks in less than 24 hours.

Dan Bell led the team in their efforts for the charity set up in memory of Nick who died from motor neurone disease in December 2017. They went to Bradshaw Primary and North Halifax Grammar School together and were lifelong friends.

Dan, along with Sam Brammar, Chris Sheppard and Magnus Meese, who all work for NATS, took on Ben Nevis in Scotland, Scafell Pike in England, and Snowdon in Wales and completed the national three peaks – including travelling between the trio – in 23 hours and 5 minutes.

The Nick Smith Foundation works to support research into motor neurone disease, help young people who are facing the death of a parent and encourages children to take up and play the sport Nick loved, rugby league.

“Nick was one of my best friends and we still miss him every day, so I wanted to raise as much money as possible for the charity set up in his name which does such amazing work.

“Taking on the challenge with its total climb of over 10,000 feet in less than 24 hours was incredibly hard, but I know it was nothing compared to what Nick and his family went through and it was that thought which kept us going as we completed all three peaks.”

“A huge thank you to Dan, Sam, Chris and Magnus for their efforts in taking on such an incredible challenge for our charity. The money they have raised will make a big difference to the work we’re able to do in Nick’s memory.

“Dan and his family have been a huge support to ours over the past few years and it never fails to be humbling the lengths that people go to to support the Foundation that is ensuring Nick has a lasting legacy.”

Donations to Dan and the team can still be made at http://bit.ly/DanBellForSmudger