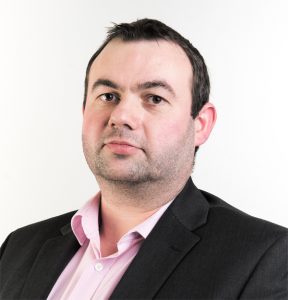 It was not long after Nick’s death that Rachel and I first discussed how we could remember the amazing man who was her husband and my wife’s brother. Nothing can take away the pain of losing him. Nothing can ever replace him. But we want to make a difference – in his memory, in his name.

How to achieve that was hard, knowing what to support was difficult. Nick was a man who meant so much to so many. He was an amazing father to two young children, a work colleague who could be depended upon day-in, day-out and a team mate who was every much a leader and warrior on the rugby field as he was a gentleman off it.

In deciding our objectives, we looked at the areas that influenced his life. Rugby league was a constant feature from a young age – at community level, at amateur level and at professional level. It seemed only fitting that one of our aims should revolve around that and encourage other young people who want to take it up and support the clubs who can deliver that.

Then there is the disease that took Nick from us – Motor Neurone Disease. The cruellest disease imaginable. It took just 101 days from Nick being diagnosed to him dying in hospital. A shockingly short amount of time, but enough time for us to understand there simply isn’t the research into MND to properly understand it – let alone treat it – nor the support available for those diagnosed, and their families, in the timeframe needed for what can be such a horrific, life-shortening condition.

Finally, there’s Nick’s lasting legacy. His children – Hadyn, who is five, and Georgia, who is now three. Nick’s death is incomprehensible to those of us who are adults, so how on earth are they meant to understand. They can’t, they shouldn’t have to. While we have been supporting them as much as we can, and I am personally so proud of them for how they are coping, it is important there is other support on offer for those children who lose a parent at a young age. It is one of the cruel coincidences – and there are so many cruelties in what has happened – that Nick and my wife Helen lost their own father when they were very young. He too was 38.

So, those are our three aims as a Charity:

You can find more information about our aims and how we hope to achieve them through this website and we hope you will join us in supporting our activities.

Nick was much loved. He is much missed. He will be remembered, always.