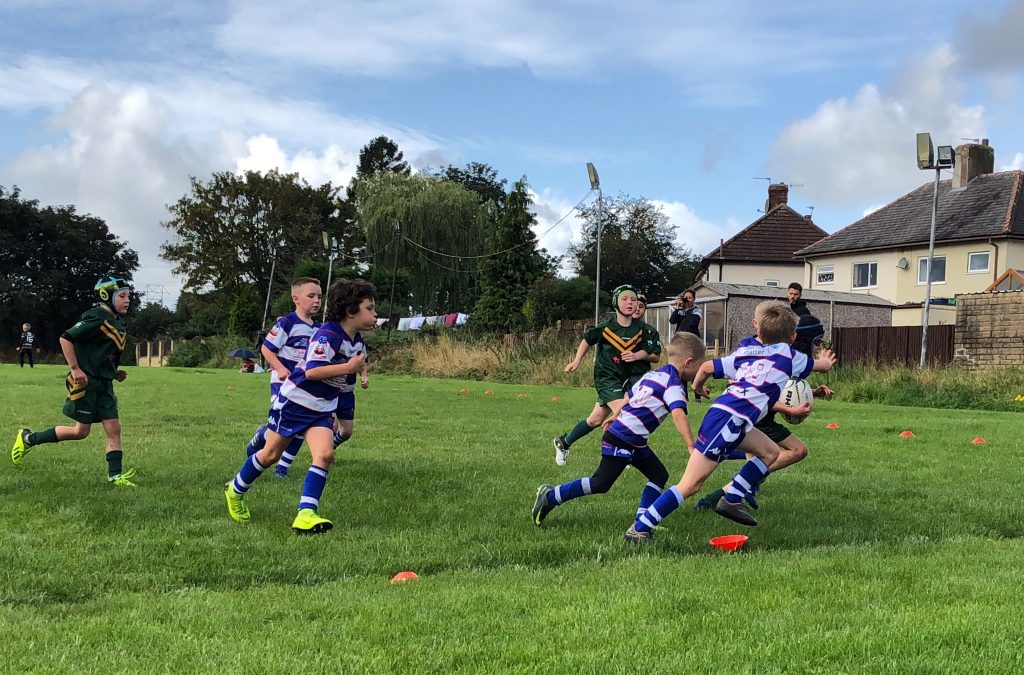 Forty20 News has announced a new partnership with The Nick Smith Foundation that will see four junior Rugby League teams in the UK each receive £250 to support their set-up.

The Nick Smith Foundation was founded following the death of Nick Smith, an amazing man who was struck down by the cruellest of diseases – Motor Neurone Disease.

Nick loved Rugby League. He played at a senior level – with Leeds Rhinos Academy and Sheffield Eagles – but mostly at a leading amateur level at Siddal ARLFC where he captained the side for several successful years and appeared over 400 times for the club.

“We now run an annual tournament – the Smudger U7s – which brings together young Rugby League players from across West Yorkshire for a day of playing, coaching and fun.

“Nick particularly loved seeing younger players coming through the ranks – and they have spoken of the impact he had on them and their careers. His legacy really does live on.

“That’s why we and the team at Forty20 News want to shine a spotlight on the amazing efforts going on across our sport to encourage, nurture and develop the next generation of players – not just the ones who make it to Super League, but the ones who enjoy playing week-in, week-out at all levels.”

Forty20 News has been a proud supporter of the work of The Nick Smith Foundation since its establishment in October 2018.

Website co-founders Tom Alderson and Tom Coates said: “We feel so privileged to be launching this amazing partnership with The Nick Smith Foundation that will see £1,000 invested into the development of junior Rugby League in the UK.

“As former junior players ourselves, we applaud the efforts of coaches and volunteers from across the country who work so hard to provide opportunities for young people.

“We’re honoured the be collaborating with the Nick Smith Foundation, who already do such fantastic work in the sport, to help give something back.”

To be in with a chance of winning, tell us what you’re doing to encourage young people to take up Rugby League, how you are developing them when they do, as well as the challenges you are facing along the way.

Four lucky winners will be selected by our panel of judges and each will receive £250 to be spent on supporting their youth set-up.

The money could be used to pay for coaching qualifications, kit or equipment – we just ask that it goes towards encouraging and supporting young people in Rugby League.

As part of the prize, your work will also be profiled on the Forty20 News website.

Email your submission to juniorgiveaway@forty20.news.

Submissions can be made on behalf of a single age group or multiple teams from the same club.

The closing date for submissions is Thursday 30 April.