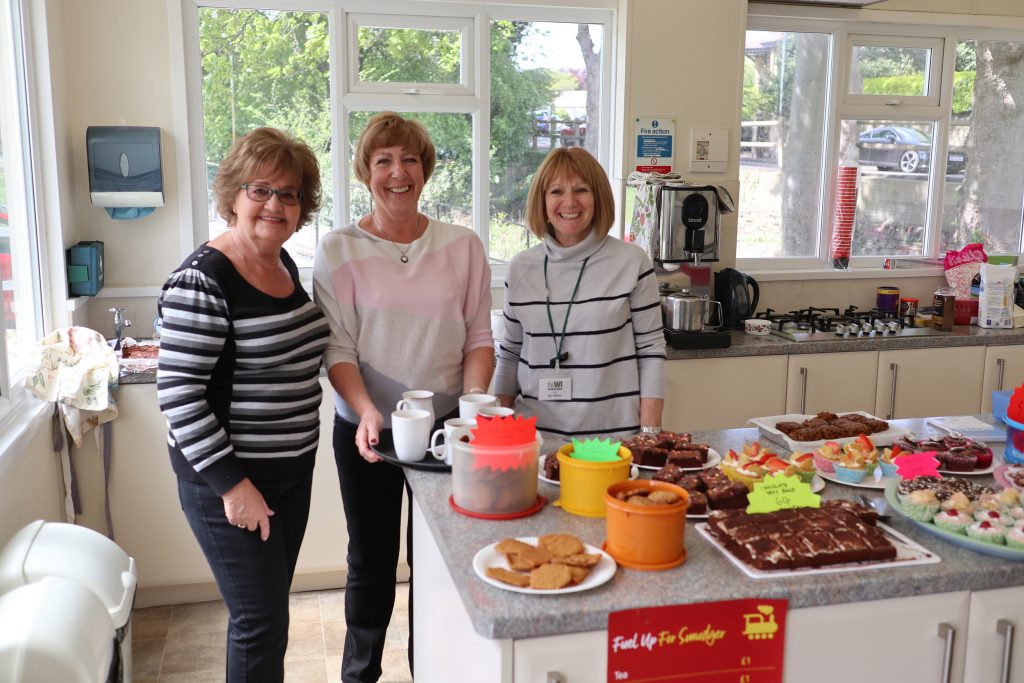 Members of the Fixby and Brighouse Women’s Institute have donated £1,500 to The Nick Smith Foundation following a year of fundraising for the charity.

Every year, the WI branch choose a local organisation to support and for 2019 decided to support the Foundation, set up in memory of 38-year old Nick Smith from Lightcliffe who died from Motor Neurone Disease just 101 days after being diagnosed with the condition in 2017.

The WI’s donation will go towards the charity’s aim of helping children who have to face the death of a parent. Nick had two young children, Hadyn (7) and Georgia (4), and his wife Rachel struggled to find support, both pre-bereavement, when he was diagnosed, and when he died.

During the year, the WI have organised and supported a series of events including a fashion show at M&Co in Brighouse and the charity’s trains family fun day at Ravensprings Park in Brighouse.

“We have been overwhelmed by the support of the WI during the past few months. They are an incredible group of people who go above and beyond to raise money to support charities like ours and we can’t thank them enough.

“The donation will go directly to help young people facing the death of a parent across Brighouse and Fixby. I want to encourage anyone facing that terrible situation, or who knows of children facing it, to contact us so we can ensure they receive support at the worst possible time.”

Young people across Brighouse and Fixby facing the death of a parent will be able to benefit from the support of the WI. Anyone in the area who would like to find out more about the support on offer can email wi@nicksmithfoundation.org.uk.