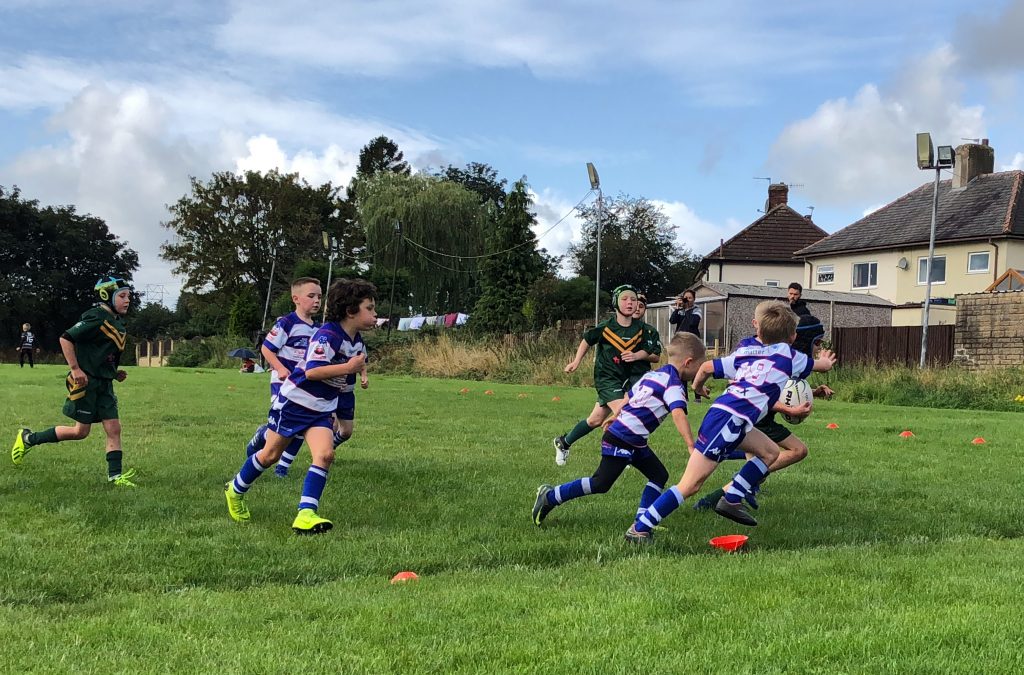 Over 100 young rugby league players from across West Yorkshire came together on Sunday (1 September) for the annual Smudger U7s tournament.

The event, which took place at Siddal ARLFC, is held in memory of club legend Nick ‘Smudger’ Smith who died from Motor Neurone Disease in December 2017. It is organised by the charity set up in his name, The Nick Smith Foundation, along with the amateur club.

This is the second time the tournament has been held and this year there were more teams, more children and more families at the fun day than ever before.

One of the charity’s main aims is to promote the sport Nick loved, rugby league, to young people to encourage them to take up and develop their skills. The Smudger U7s is a key part of that work and is supported by local businesses, including main sponsor SBS, and professional clubs.

“Nick loved playing and coaching rugby league and I know he would be so proud of this event, bearing his name, that brings together so many young people from across West Yorkshire to learn, play and have fun.

“Thank you to everyone at Siddal for their continued support in hosting and organising this event, the professional clubs and sponsors for backing it and all the rugby league clubs for travelling to Halifax to take part.”